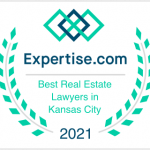 Maybe its because were taught to find an older mentor. Or maybe its because people who are gray around the temples simply look wiser. Whatever the reason, when you are fresh out of college, its tempting to seek career advice from the most accomplished people in the field you are hoping to break into.

But in reality, those execs chalked up most of their accomplishments in an entirely different economic, technological and professional landscape. So Fortune talked to more recent college graduates millennials who entered the workforce in the years after the economic crash and the invention of Twitter about what they wish they had known about getting a toehold in their career when they were 22.

Before you accept an internship, especially an unpaid internship, ask the employer this one question.

Have you ever hired an intern?

Internships have become a necessary inconvenience on the path to full-time, paid employment even though they can sometimes seem more like a cruel prank to get recent graduates to fetch coffee and make copies for free.

Occasionally an unpaid internship turns into a solid job, but often it doesn’t. Before you gratefully accept someone’s offer to work for them for free, ask about the company’s track record of hiring from their intern pool, and weigh their answer before you accept. If they have only ever hired one intern, but have 60 working for them at any given time, it might be best to walk away.

Sometimes it is worth it to wait and really vet these organizations. Expect better, says Justine Dowden, who graduated in 2010 and has had six different internships or jobs since; she’s now pursuing a master’s in public health. Try to work for a place that wants you to really grow from the experience of working for them, not just use you as expendable cheap labor. That will connect you to people. You really cant wait around forever, but you can wait around for an internship that’s not just tweeting.

A creative startup with only five employees or a scrappy nonprofit looks cool from the outside and it’s easy to think that you will be able to add a wide range of skills to your resume if everyone on staff is doing a little bit of everything. But it can also be maddening once you have been hired. Small upstarts often don’t have the same HR structures as corporate places or law firms. All of the lines are blurred so its harder to know your position, says Meg, a first-year associate at a law firm in Chicago, who watched many of her undergrad classmates unexpectedly struggle with the loose nature of their jobs at creative upstart companies. Because the hierarchy was not as clear, it was also harder for them to get mentors, she adds. Beware of companies that lack a human resources department or will not t give you a concrete job description.

You don’t have to move to New York.

It might seem like all of your friends are moving to Bushwick, but take a wider view. There are good jobs everywhere. Just try to look beyond NYC or Boston or SF, says Dowden, who counts an internship in Amsterdam and a public-health job in Sacramento among her most valuable professional experiences.

Don’t wait for permission to put your ideas out into the world.

Its never been easier to show employers that you have ideas worth listening to. Can’t get an informational interview with a company you would love to work for. Sometimes it doesn’t hurt to publish your thoughts online about what the organization could be doing better.

When I was a junior in college, I had some ideas I thought Google should work on, and I wrote this blog post, says Ted Power, who graduated in 2007. I mocked up this concept and put it out there, and got very lucky because someone at Google happened to see it, and said oh, you should apply for an internship here. His internship turned into a full-time job at Google GOOG 0.48% , which he later quit to instead work at a series of startups. Companies pay attention to what people say about them online, and if your tone is professional and your ideas are sound, you just might get lucky like Power did.

Meet as many people as you can. And keep in touch.

It might make you feel like a nag or a phony, but ?all the bullshit you hear about networking is so true,? Meg says. When she first interviewed at her law firm, it went well. They told her they really liked her, but they wouldn’t be hiring any new associates that year an all-too-common interview response in tough economic times. She kept in touch, calling them after she took the bar exam and again after she got the news that shed passed. After her third or fourth call that ended with a polite decline, she got a call back from one of the partners, offering her a job. Megs pretty sure that never would have happened if she hadn’t gotten in touch with them after their initial ?sorry, but were not hiring now.

Also, don’t be afraid to work any personal connection you have even if those connections are not people who are directly hiring right now. That fellow intern you befriended last summer? She might not be a hiring manager just yet, but she probably will know before outsiders do when her company is hiring. Do not unfriend her on Facebook just because you are annoyed she found a job right away and you did not. Stay in touch.

Put your Google-stalking skills to work.

Your talents are wasted on your ex. Instead, read up on the places you want to hire you and the people who work there. This is what LinkedIn LNKD -1.53% is made for, but you can do better than that. Googling and combing social media can yield a surprising amount of information so much that it is almost like having a contact within the company. A lot of hiring managers are pretty public these days about what they look for in a new employee. Pay attention to what they are saying.

It is ok if you do not know what your dream job is.

In fact, it might be better that way. The point of your first few jobs is just to try out different roles, responsibilities and different types of work environments.

There is a lot of pressure to find your dream job, or something that you absolutely love, Power says. That can almost be counterproductive because you have such high expectations. What is more important is trying a bunch of stuff and figuring out what you like doing day to day. There are a lot of jobs that sound amazing, but the day to day is working in Excel or something.

And if you do have a dream job, do not write off an entry-level position just because it is imperfect. After an internship at the White House, Meg landed a job at the Department of Justice, which was not my first choice,? she says. But in retrospect, it looks a lot better than the other political jobs she wished shed gotten at the time. ?I made $20,000 more at DOJ than you would make at the White House, she says. She also met a fantastic mentor at the Department of Justice, who convinced her to go to law school and ended up changing the course of her career.

Remember to have fun.

This is going to sound almost ridiculous, given that your first few jobs are likely to be less than ideal. But if you are working super-long hours and finding yourself too busy to even see your friends, take a step back. You have plenty of time to work yourself to the bone later. Young professional life is trying to figure out balance between trying to get ahead and enjoying your life, Meg says.

Sure, you have loans to pay off. You want your next job to be a fantastic one. But you shouldn’t be more stressed than your boss who makes ten times as much. Your twenties are ?the time you are supposed to be going on disaster internet dates and going out and finding excellent hangover breakfast restaurants before work the next day,? Meg says. Make the most of them.