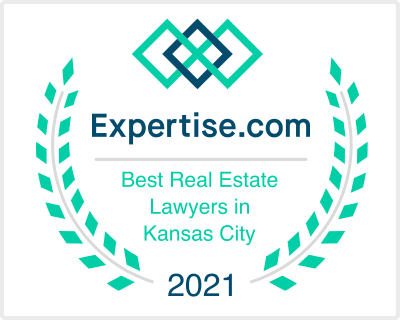 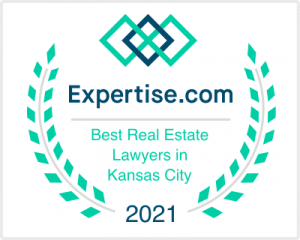 Have you seen the claim that research shows that real estate agents sell homes for 13% higher prices than people who sell their homes themselves?

Does that seem right to you?

I wouldn’t be surprised if real estate agents sold homes for prices that are a few percentage points higher than homes sold directly by homeowners but 13% more didn’t seem plausible to me.

Can a real estate agent really sell your house for 13% more than you can If you are FSBO-curious and looking into your options for selling your house, this is a hugely important question for you.

But if, on the other hand, that 13% number is an exaggeration, you would want to know that when you are deciding whether to sell your house yourself or to hire an agent.

Unfortunately, if you are researching your options online, you will run into a lot of disinformation about selling your house yourself.

Clearly, for some people, selling their homes themselves is a good option. Around 500,000 houses a year in the United States are, in fact, sold directly from seller to buyer.

My goal here is to give you accurate information to help you make the best decision possible for you and your family.

That didn’t take long! I quickly found the origin of our real estate agent myth.

Did you, by any chance, happen to get the idea from that quote that if you hire a real estate agent to sell your house, you can expect it to sell for 13% more than if you sold it yourself?

If you did think that, you’re certainly not alone.

Here is an advice column on Realtor.com.

However, statistics show that selling your home with the assistance of a professional real estate agent will garner you a higher profit, enough to cover the commission as well as put more money in your pocket.

And here are some too typical quotes from four different real estate agent websites.

Did you know that home sellers that use a real estate professional on average get 16% more in the sale of their home?

Even after commissions, statistics show that listing your home with a professional versus trying to sell by owner (FSBO) results in not only a faster sale but more money for the seller.
Plus, sellers who use an agent usually make more on their home sale, even after paying an agent commission.
I know, you might hesitate to use a realtor to avoid those commissions but did you know studies show most FSBOs get less for their property than if they used a realtor (even after accounting for commissions)?.

And check out this detail of an infographic that appears on many real estate agent websites. Don’t miss the disclaimer in the small print at the bottom. The disclaimer tells me they know they’re being misleading.

It’s clear the National Association of REALTORS (NAR) is misleading many people into believing that NAR studies prove real estate agents can sell homes for 13% more than homeowners. (Non-NAR members can buy the full NAR report for $250.)

Unnecessarily including mobile and manufactured homes into the mix really skews their results against FSBOs.

When my imagination runs away with itself, I interpret that to mean, We could have published a comparison using single-family detached homes only (no mobile homes) but the difference between agents and FSBOs wasn’t as big so we didn’t publish that.

By the way, you might think because of all the money to be saved that FSBOs would be a lot more popular with luxury home sellers, but they’re not.

FSBOs tend to be more common with less expensive homes.

When a home is priced less than a used Range Rover, it’s more likely to be sold like a used car too. Or like my friend Dean says it in a comment below, Who is more likely to sell a car on their own, the Ford Escort owner or the Bentley owner?

And if you have a $10,000 mobile home, good luck trying to find a real estate agent to help you sell it.

The whole geeky truth isn’t that real estate agents can sell homes for more money, it’s that FSBOs tend to be more popular with inexpensive homes (mobile homes, manufactured homes, and condos) and in inexpensive areas (rural areas, small towns, and the Midwest).

Its as if one real estate agent told another;

I AM A BETTER AGENT THAN YOU BECAUSE I SELL HOMES FOR HIGHER PRICES THAN YOU.

And the other agent said;

If the National Association of REALTORS wanted to better prove their members could sell homes for more than FSBOs, they could easily publish a comparison of the median sale prices of homes sold with and without agent assistance, and here’s the important part for single-family detached homes (only) in one region or state (only).

I bet in such a single-family-homes-only study that more than half that 13% difference would disappear.

NAR no doubt has that data, they just don’t publish it. (I wonder if total mayhem would break out in the NAR lunchroom if NAR economists tried to publish a number that was less than the magic 6%.)

But even a study like that wouldn’t remove all anti-FSBO bias. For example, within the Midwest, FSBOs will likely to be more popular in rural/small towns where home prices tend to be cheaper.

The ideal study, I think, would be to compare the sale prices of similar units within condo complexes.

I’ve never seen such a study but here’s a study that in some ways is even better.

Why this study is so good;

It corrected for neighborhoods and house characteristics like square footage and the number of bedrooms, which essentially means it compared the prices of FSBO and non-FSBO sales of similar homes in similar neighborhoods. Nice!

I was surprised by the results of the Madison study. I figured that since FSBOs were saving around 6% on real estate agent commissions that FSBOs would sell for a bit less than homes sold by real estate agents.

But that is not what the Madison, Wisconsin study showed. They found 0% difference in home sold prices between agents and FSBOs. (You can find the full economic study here.)

There’s no conflict between the two studies

The NAR study simply says cheaper homes are more likely to be sold as FSBOs.

There’s some truth to that argument. I would point out that Madison had an unusually popular FSBO website, FSBOMadison.com, and a relatively large FSBO market share, 14% of all homes sold were sold as FSBOs. Areas with smaller, less developed FSBO markets might fare differently.

NAR doesn’t mention this but the State of Wisconsin publishes a free real estate sales contract form that both agents and FSBOs use. That simplifies the paperwork a bit for Wisconsin FSBOs.

Nevertheless, until I see equally precise economic studies from other cities or states that show a different result, for me, the research shows that, on average, real estate agents don’t sell homes for more than FSBOs.

So I concluded that this favorite talking point of Team Real Estate Agent is  I will be polite here misleading.

Anyone who tells you that real estate agents sell homes for 13% more than FSBOs is selling you.

But let’s not get carried away here. Even though the internet is filled with disinformation about FSBOs that doesn’t mean selling FSBO is a good choice for most people.

In fact, I personally believe that hiring a real estate agent to sell your house is still the best option for a large majority of people.

I also believe, on the other hand, that FSBO sales will increase as